not to be edgy but school fucking sucks lol

jus here to say that i've done absolutely nothing worth mentioning so far this summer. drew some shit, wrote some shit. of course, most of it was bad. i had a dream a few days ago where i was Practically Jesus cause i could walk on water while wearing gucci slides. nice. i should get alexa to play despacito, cause my life is so sad.

dsjkdsjkdjs i haven't written anything in forever, mostly because i forgot and i'm lazy. it's pride month, y'all. everyone is fucking playing shell shockers. school is almost over. 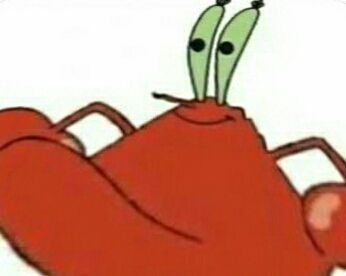 i'm at school on these chromebooks... activity day usually sucks. it's just when the teachers let you go to these shitty activies around the school and you can do whatever. eh, better than actual work? it's friday and i just want to die lmao. these screens are kinda small and the page doesn't show entirely without needing to scroll, and it bothers me a ton.

also, my brother comes home from university every weekend, so there won't be a lot of posts for a few days.

i ate the noodles i was talking about earlier, and they were really good lmao. they came with little fish cakes shaped like raccoons. i'm also unironically playing the my boo virtual pet game again. i was obsessed with that shit in 4th grade. my new one is named apple, and is currently level 11. r.i.p. to the og, beanie. currently lost to the void of deleted device data.

another post...! today wasn't as eventful. it's just that right now i want to make some noodles, but the package says you need a stove to cook them. i suck at using the stove, and the last time i tried to make something on the stove, it was kraft macaroni and cheese it turned out kind of watery. i don't trust myself with a stove. i'm not looking forward to almost burning the house down for a second time.

i also watered fish. it seems to be doing pretty average. i also feel like i'm forgetting something.

this is the first post on the blog! it didn't take me too long to make, maybe only a few hours to work out some stuff and make it look nice. i'm not quite sure what to write yet, so i'll just write about my day.

so i had to leave school early today to go to the dentist and the orthodontist today. eating a stupid piece of watermelon fucking hurts. my tongue keeps getting poked and scratched by this piece of metal sticking out in the back for one of the brackets. i also have to put on these rubber bands on the hooks most of the time. i am not looking forward to this.

i watched tg:re episode 08 on kissanime, because i have no money. i think new episodes are out every monday. (...it's wednesday) i'm reading the :re manga as well, as i'm trying to keep up. i'm re-reading from the start because it's refreshing, and i don't remember what chapter i was on. tokyo ghoul is one of the few anime/manga series i can actually get into. i do read up on the wiki alot, so i know what's going to happen. hide is alive. everyone thought he was dead. like... half of his face is gone. shirazu's going to die though... sad because he's one of my favourite characters. i would fucking die for haise sasaki.

also, there's these really sad and withering vegetable plants in those plastic pots left in one of the school courtyards that no one ever uses. as i went to the science classroom to get some stuff when i was leaving, i took that oppurtunity to take one of the sad plants because the room was empty and it's connected to the musty courtyard. i didn't have anywhere to put it, so i just awkwardly put it in my backpack, and when i opened it up, there was dirt everywhere. surprise. i've cleaned it out though. i feel kind of bad about it now, because it was probably some class project. but then again, if they gave a shit, the plants wouldn't be fucking dying in the first place. i'm pretty sure it's a bean plant. it's name is fish.